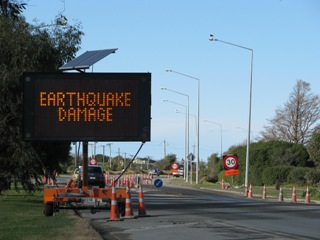 Photographs, video, and blog posts by Mark Lincoln. Mark says, "At the time of the earthquakes, I was working in the city centre and living amongst the worst hit suburbs in the east of Christchurch. Despite that, my wife and I were very lucky. Neither of us were hurt, our house had minimal damage, and - once the power had returned - I was even able to carry on working from home. My job involves Social Media and so I spent a lot of time on Twitter, joining the stream of '#eqnz' updates about the quakes and helping answer questions from those outside of Canterbury who were desperate for information (including people who hadn't heard from their own family and friends).

As I had a blog (at www.nzraw.co.nz) and a camera, I figured I'd help broadcast some images and stories to those who were searching for information online. At the time, international news channels were broadcasting the absolute worst of the damage and suffering and my family and friends back in the UK were pretty frantic with worry, pretty much believing that we were living in a pile of rubble. One of my early videos was actually just to show them that our house was still standing and we were alive and well!

Following the first post on nzraw.co.nz, I saw a big increase in traffic from those looking for information and photos so I ended up just carrying on and still post the odd update or two. My photos have now appeared in studies around the world as well as TV documentaries including a production by National Geographic. I was very honoured when the University of Canterbury contacted me to add my collection to their archive to benefit others. All quite humbling and all simply because I was in the wrong place at the right time!" 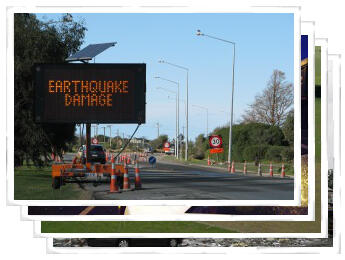 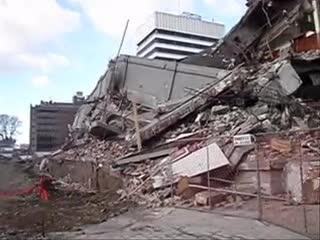