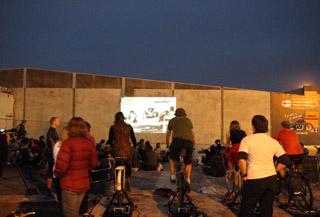 The Cycle-Powered Cinema was a Gap Filler project put together by local engineers, who designed and built ten special bike stands that captured the energy from a ridden bike. A temporary cinema was set up on a vacant building site in the central city and the bikes were used to power a projector and sound system. LED lights next to the screen and on the handles of the bikes indicated when the cyclists were generating enough power to charge the batteries. A wide range of movies were screened, including old New Zealand documentaries, contemporary feature films, and animations. 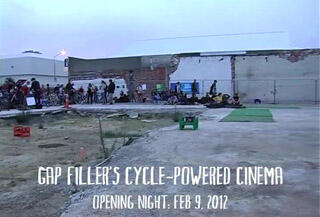 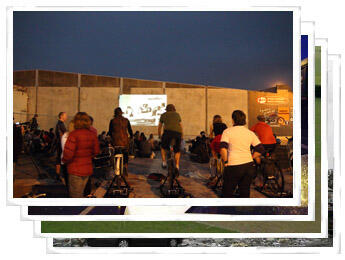