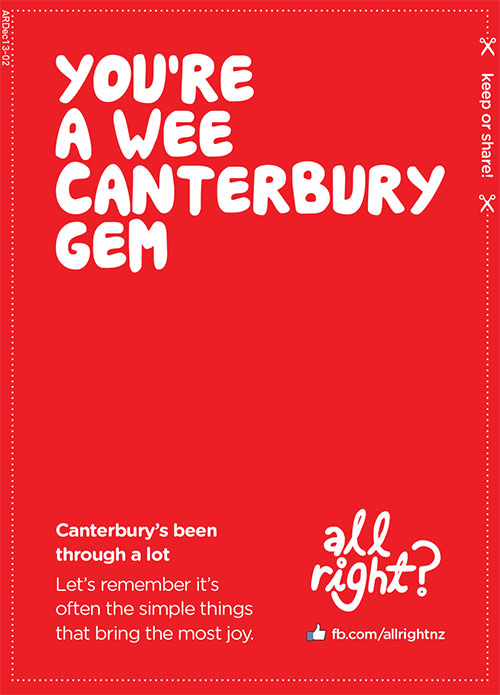 This collection contains advertisements for All Right?'s 'Compliments' campaign. During December 2013, the images appeared in The Press, The Star and The Star community newspapers. All Right? describe the Compliments campaign as follows:

"Our compliments campaign ran over December 2013 and January 2014. It encouraged people to think about the little things they could do to brighten someone else's day.

The campaign involved hiding compliments in newspapers and running an extensive poster campaign across Christchurch. The posters had tear off compliments that people could give away to others.

Positive feedback to this phase was overwhelming - the love was well and truly shared!" (allright.org.nz) 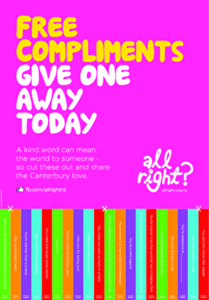 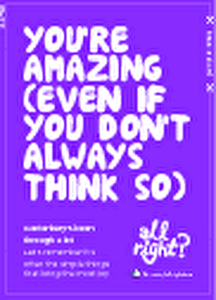 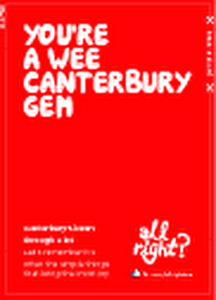 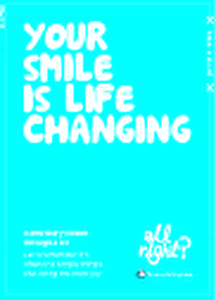 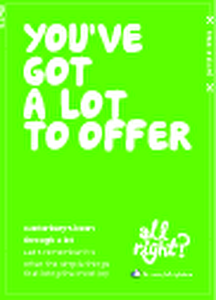 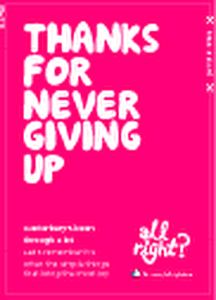 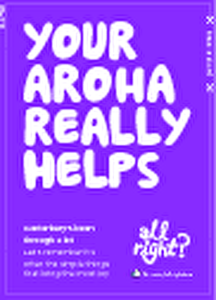 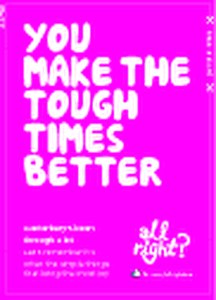 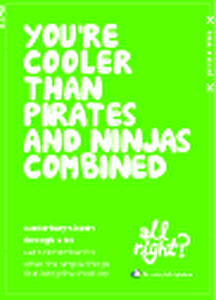 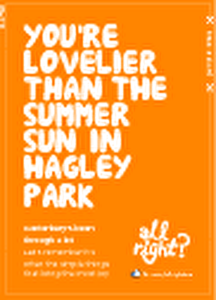 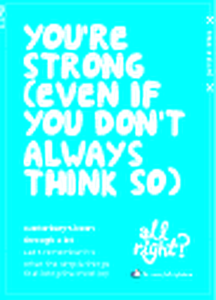