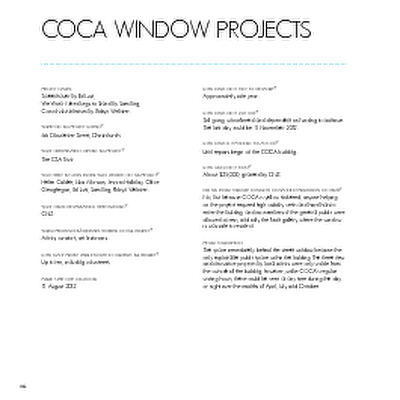 Material relating to a Transitional Cities project, titled 'COCA Windows Project'. The project description reads, "The space immediately behind the street window became the only exploitable public space within the building. The three new and innovative projects by local artists were only visible from the outside of the building; however, unlike COCA's regular visiting hours, these could be seen at any time during the day or night over the months of April, July and October". 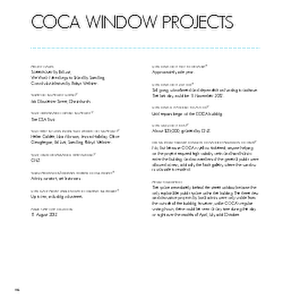 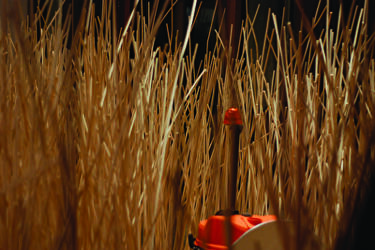 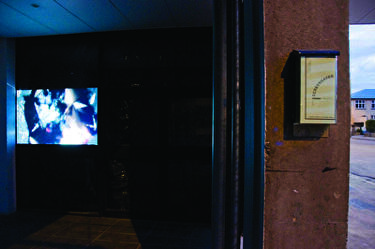