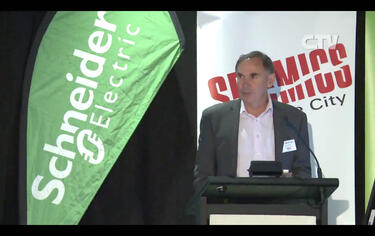 dc.title
Natural Hazards and Evolving Risk Management - Address by Dr. Kelvin Berryman
dc.description
A video of an address by Dr. Kelvin Berryman, Director of Natural Hazards and Principal Scientist at GNS, at the 2014 Seismics and the City forum. This talk was part of the Building Momentum section, and explored the question, 'What is acceptable risk and tolerable impacts of future hazard events like earthquakes and flooding?'
Creator(s)
Kelvin Berryman
Date
1:00pm 28th March 2014
Tags
GNS, momentum, risk, hazard, flooding, SmartNet, Seismics and the City, Kelvin Berryman 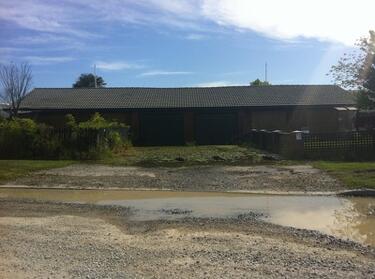 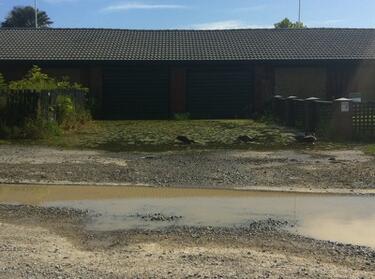 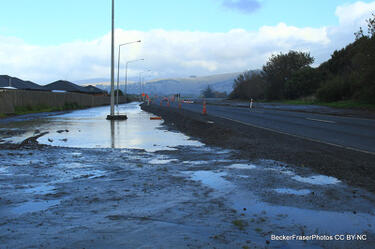 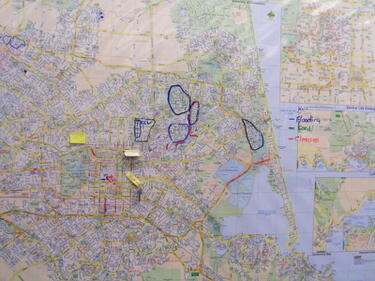 dc.title
Kim Wright WEMO Photograph 041
dc.description
A photograph of a map of Christchurch in a temporary Civil Defence headquarters set up at the Mainland Foundation Ballpark after the 4 September 2010 earthquake. Red, green and blue markings on the map indicate where flooding, sand and closures are located. Post-it notes and a key with a tag reading, "Manchester" are attached to the map.
Creator(s)
Kim Wright
Date
9:49am 13th September 2010
Tags
Civil Defence, Mainland Foundation Ballpark, flooding, cordon, Manchester Street, key, map, Government and Politics 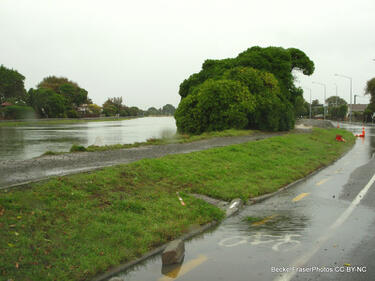 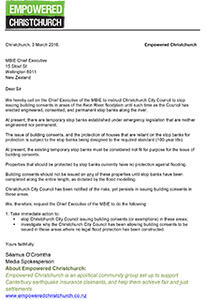 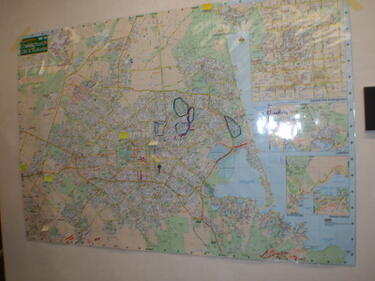 dc.title
Nic Johns and Mark Osborne WEMO Photograph 063
dc.description
A photograph of a map at the temporary Civil Defence headquarters which was set up at the Christchurch Art Gallery after the 4 September 2010 earthquake. The map shows areas of the city that have flooded and roads that have closed.
Creator(s)
Mark Osborne, Nic Johns
Date
9:34am 13th September 2010
Tags
Christchurch Art Gallery, Civil Defence, map, flooding, road closures, Government and Politics 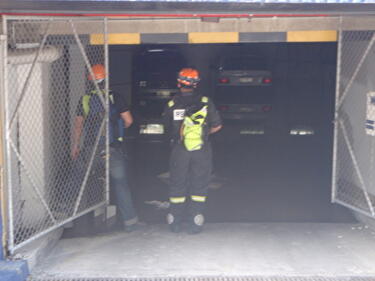 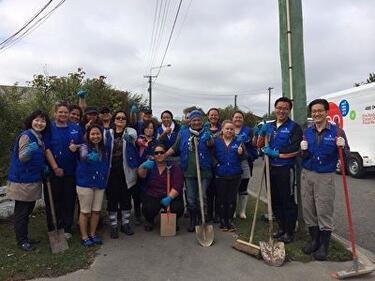 dc.title
All Right? Social Media: Facebook Timeline Image 5
dc.description
A photograph of members of a church group holding shovels and spades. The group is volunteering their time in the Flockton Basin, a flood-prone residential area that underwent major flooding in March and April 2014. 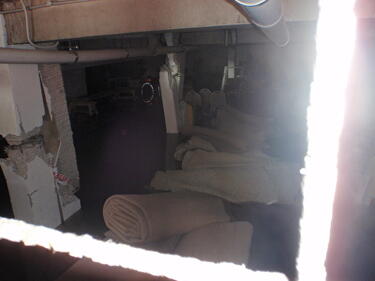 dc.title
WEMO ERT Set 3 - February 2011 - Photograph 211
dc.description
A photograph looking into the basement of the Copthorne Hotel. Rolls of carpet and chairs are sitting in a pool of water. To the left there is damage to one of the concrete beams. A section of the concrete has crumbled, exposing the steel reinforcement underneath.
Date
3:16am 1st March 2011
Tags
Copthorne Hotel, carpet, chair, basement, flooding, Kilmore Street, Durham Street, Copthorne, hotel, Government and Politics 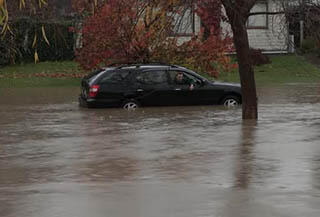 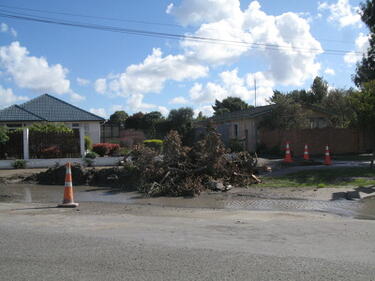 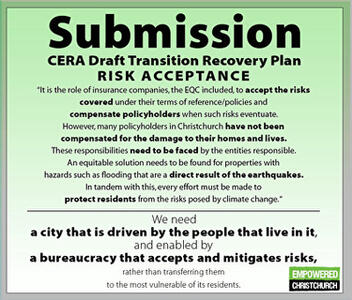 A poster created by Empowered Christchurch to advertise their submission to the CERA Draft Transition Recovery Plan on social media.

The poster reads, "Submission, CERA Draft Transition Recovery Plan. Risk Acceptance. It is the role of insurance companies, the EQC included, to accept the risks covered under their terms of reference/policies and compensate policyholders when such risks eventuate. However, many policyholders in Christchurch have not been compensated for the damage to their homes and their lives. These responsibilities need to be faced by the entities responsible. An equitable solution needs to be found for properties with hazards such as flooding that are a direct result of the earthquakes. In tandem with this, every effort must be made to protect residents from the risks posed by climate change. We need a city that is driven by the people that live in it, and enabled by a bureaucracy that accepts and mitigates risks, rather than transferring them to the most vulnerable residents". 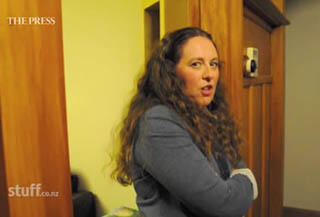 dc.title
Fairfax Video, June 2014 (6)
dc.description
A video of an interview with Jane Rooney about her property in the Flockton Basin. Rooney's house has been damaged by flooding in the area. This video was part of a series of videos about residents in the flood-prone Flockton Basin.
Date
2:04am 2nd June 2014
Tags
Jane Rooney, flood, flooding, Flockton Basin, Media, Communications and Journalism 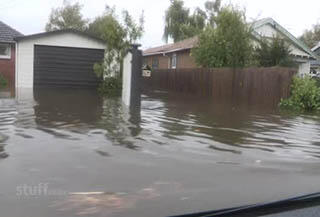 dc.title
Fairfax Video, March 2014 (1)
dc.description
A video of an interview with Alison Naylor about her flooded house on Francis Avenue. Naylor talks about the lack of communication from the Christchurch City Council. She says that the flooding is worse than the liquefaction from the 2010 and 2011 Canterbury earthquakes.
Creator(s)
Daniel Tobin, Georgina Stylianou
Date
11:57pm 4th March 2014
Tags
flooding, flood, Francis Avenue, Alison Naylor, Media, Communications and Journalism 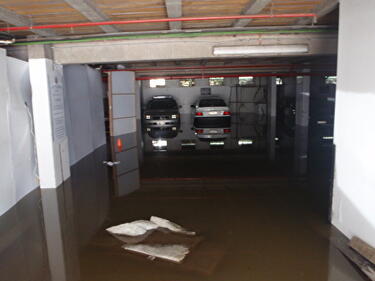 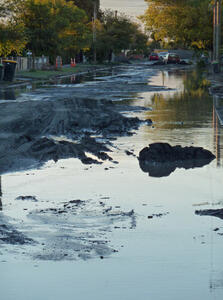 dc.title
Waitaki Street a Week After the Quake
dc.description
Liquefaction and flooding in Waitaki Street, Bexley. The photographer comments, "Waitaki Street a week after the Christchurch Earthquake. Because of the damage to the drains and liquefaction in the area the streets are not drying out".
Creator(s)
Steven Taylor
Date
7:56am 2nd March 2011
Tags
RedZoneApp, New Brighton, liquefaction, flooding, mud, silt, Waitaki Street, Pages Road, 22 February 2011 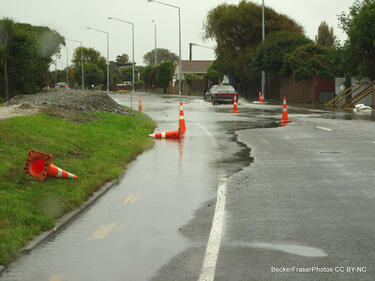 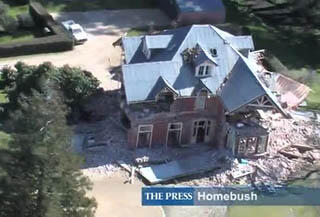