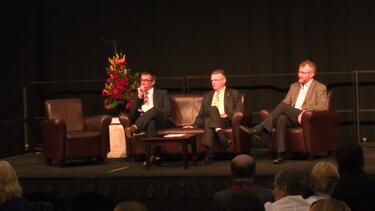 A video of the panel discussion during the third plenary of the 2016 People in Disasters Conference. The panel is made up of keynote speaker Alexander C. McFarlane and guests Ian Campbell and Duncan Webb.