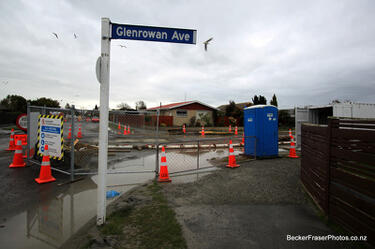 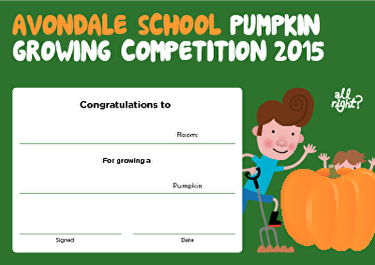 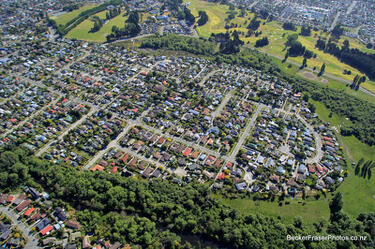 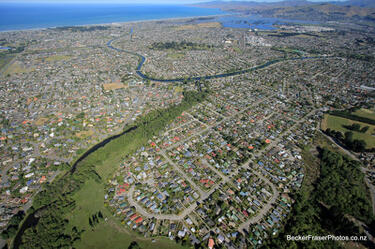 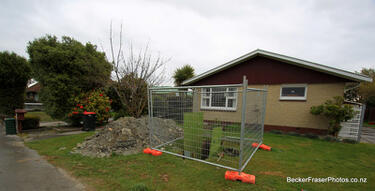 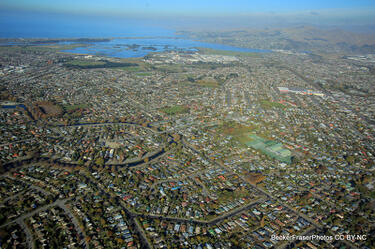 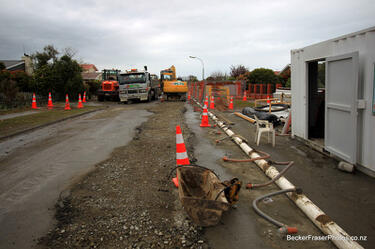 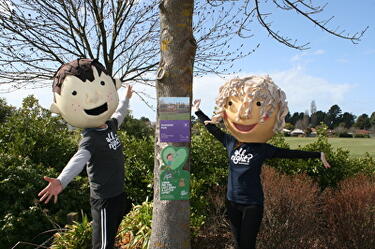 A photograph depicting two 'All Righties' and a tree on the edge of Avondale Park. Posters promoting the AWA Trails and the 'Five Ways to Wellbeing' have been attached to the tree. The photograph was taken on the inaugural walk for the Chisnallwood Trail as part of the AWA Trails launch at Chisnallwood Intermediate.

All Right? posted the photograph on their Facebook page on 2 September 2015 at 3:56pm. 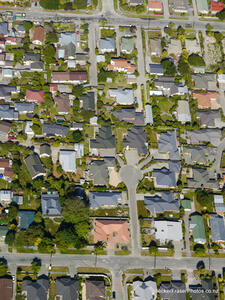 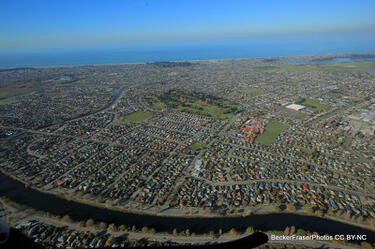 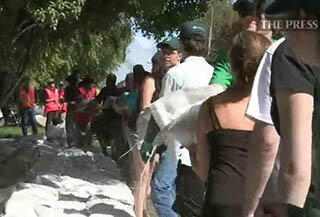 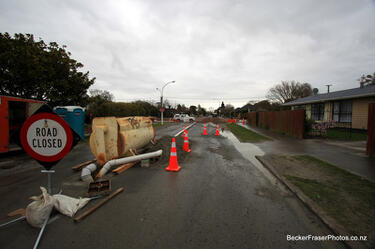 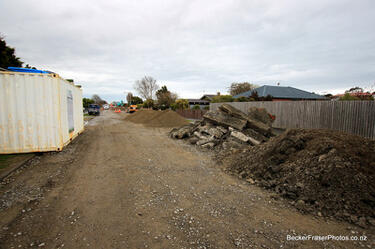 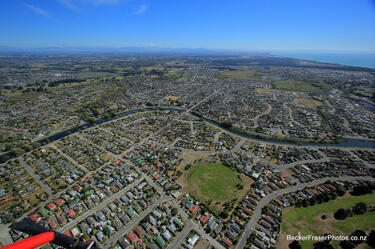 dc.title
BeckerFraserPhotos March 2013 photograph 153
dc.description
An aerial photograph of a residential area in Avondale. Avondale Park can be seen in the centre of the photograph.
Date
12:27am 6th March 2013
Tags
Avondale Park, Burwood, aerial, Horseshoe Lake 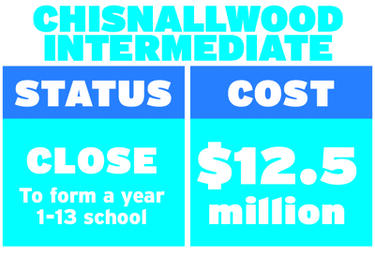 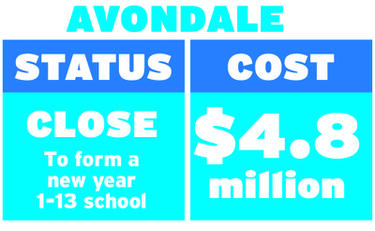 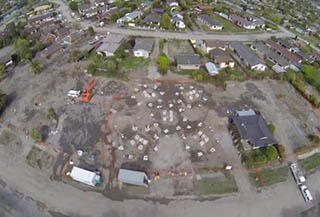 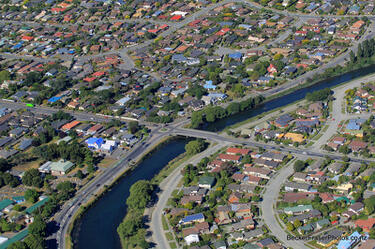 dc.title
BeckerFraserPhotos December 2011 photograph 0399
dc.description
An aerial photograph of a residential area in Burwood. The photograph has been captioned by BeckerFraserPhotos, "New Brighton Road and Avonside Drive with the Avondale Road bridge. This area is red-zoned on the right-hand side of the river and green-zoned on the left-hand side of the river".
Date
6:32am 14th December 2011
Tags
RedZoneApp, Ardrossan Street, Avondale Road, Avonside Drive, Hulverston Drive, New Brighton Road, residential green zone, residential red zone, aerial 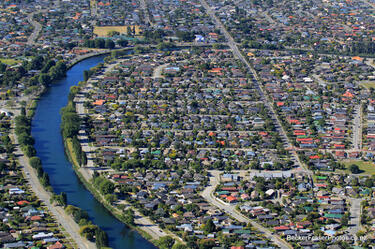 dc.title
BeckerFraserPhotos December 2011 photograph 0375
dc.description
An aerial photograph of a residential area in Avonside. The photograph has been captioned by BeckerFraserPhotos, "The dominant road in this picture is Avondale Road which crosses the River Avon. To the left of this photograph is all zoned red apart from a small piece on the other side of the river. On the right-hand side of Avondale Road, some streets are zoned green although the streets closest to the river are red-zoned".
Date
6:29am 14th December 2011
Tags
RedZoneApp, Alloway Street, Avondale, Avondale Road, Avonside Drive, Edna Street, Prestwick Street, residential red zone, Sharlick Street, Woodley Street, aerial 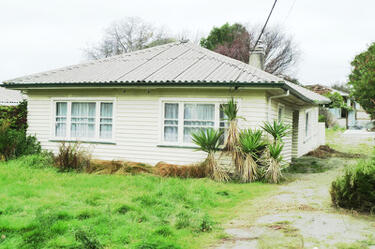 dc.title
Sagging in the Middle
dc.description
A wooden house in Wainoni has visibly bowed inwards towards its centre. The photographer comments, "During the numerous earthquakes in Christchurch the land which ran alongside the Avon river on Avonside Drive slumped towards the waterway. In a line parallel to the road the road, but around 20m away a ground movement occurred which caused some houses to rise up or sink down".
Creator(s)
Steven Taylor
Date
11:07pm 26th May 2012
Tags
Avondale, Wainoni, wooden house, home, sunk, sunken, slumped, liquefaction, 22 February 2011, 4 September 2010, Avonside Drive, RedZoneApp